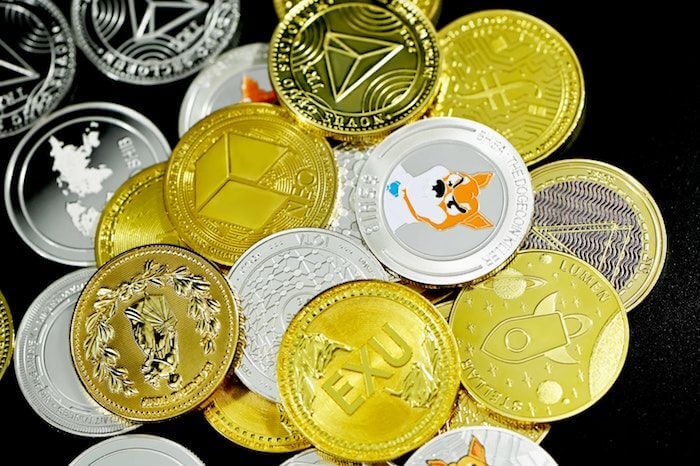 Every year we see more and more crypto-currencies (also known as digital currencies or altcoins) appearing on the market. We are at the dawn of a new era for crypto-currencies. By 2022, there will be hundreds of thousands of blockchain projects based on a wide range of industries, including healthcare, commerce, logistics and more.
We review ten of the top crypto-currency projects to watch in 2022.

Ethereum is a public open source blockchain. It has allowed the end user to run custom code through its smart contract feature. Ethereum has its crypto-currency called Ether, which is the fuel of the network and is used in the form of payment or execution fee for any transaction. The blockchain intentionally uses crypto-currency to avoid code waste and stay healthy.

Litecoin is a peer-to-peer crypto-currency, very similar to Bitcoin. Like Bitcoin, it is also an open source digital currency, which means that anyone in the world can enter the source code and make changes as they see fit. However, there are a few minor differences between the two. For starters, Litecoin uses script-based consensus networks, while Bitcoin only uses proof-of-work systems. In addition, Litecoin’s supply cap is higher than Bitcoin’s (21 million); Litecoin’s cap is 84 million.
Due to its similarities and differences with Bitcoin, many investors are considering investing in Litecoin in 2022 to achieve high returns.

Cardano, a new crypto-currency created by a team of developers in Japan and Switzerland, is touted as the “green” crypto-currency. This is because the team deliberately avoided the energy-intensive parts of the mining process, as is the case with bitcoin. Cardano is also the first major crypto-currency to be built using the proof-of-stake model.

This model requires coin owners to bet on coins and create their own validation nodes. The hope is that this will make Cardano more secure than other currencies like bitcoin, which relies on a “proof-of-work” system in which miners must solve complex mathematical equations in order to validate transactions and be rewarded with coins.

Solana is a scalable, high-performance blockchain that provides developers with a platform to build decentralized applications with real-world use cases that can reach thousands of transactions per second.

Solana uses the Proof of Stake (PoS) and Proof of History (PoH) consensus mechanisms. Solana’s PoH uses a new clock function to create timestamps for each transaction. This innovation increases the speed of transaction processing by several orders of magnitude compared to other blockchains.

Polkadot was developed by Gavin Wood, founder of Parity Technologies and co-founder of the Ethereum Foundation. He created Parity in 2015 because he wanted developers to be able to build decentralized applications (dApps) with greater efficiency than is currently possible.
Polkadot has gained popularity for its low fees and higher speeds compared to other crypto-currencies. In addition, it is able to offer these features due to its scalability protocol, which helps it process transactions faster than traditional blockchains like Bitcoin or Ethereum.
These features make it one of the highest rated crypto-currencies on the market.

Tether is a stablecoin that is backed 1:1 by fiat currencies, such as the U.S. dollar, euro and Japanese yen. The goal of this currency is to maintain its price stability regardless of market trends, which allows users to quickly buy or sell tethers at any time without fear of losing value. This makes it one of the best crypto-currencies for 2022.

Terra is a blockchain payment platform for stablecoins that relies on maintaining a balance between two types of crypto-currencies. Terra-backed stablecoins, such as TerraUSD, are tied to the value of physical currencies. Their counterbalance, Luna, powers the Terra platform and is used to mint more Terra stablecoins.

Terra’s mission is to make everyday spending easier for people around the world by creating new payment solutions and improving existing ones. Terra is already working with companies in Asia – including TMON, Qoo10, Carousell, Pomelo Fashion, TIKI and Woowa Brothers – to create the first payment network that leverages blockchain technology.

Polygon is a blockchain scalability platform that connects and builds Ethereum-enabled blockchain networks. Polygon aims to help projects build their own chains and dApps, which can then interact with other networks on Polygon. The team is led by three co-founders Jaynti Kanani, Sandeep Nailwal and Mihailo Bjelic.
Polygon was previously known as Matic Network before rebranding in 2021.

Ripple is a blockchain-based digital payment network and protocol, of which XRP is the native crypto-currency token. Ripple transactions are known for their low energy consumption compared to Bitcoin and faster confirmation time. The project aims to build an open-source global payment system without the use of intermediaries and is currently used by several major banks, including Santander and UBS.

The future of crypto-currencies is incredibly exciting!

It’s still hard to know exactly how it will play out in the coming years, however, we think these 10 projects are the ones to watch in 2022 and beyond. They have promising technologies, team members, and real-world applications. It will be exciting to see how their development continues in the new year and beyond.

We offer web and mobile development services at the forefront of new technologies, our expert web, mobile and blockchain development teams constantly stay on top of trends to offer the best expertise for your future developments, if you want to learn more from our experts, contact us.